The Gauteng Department of Roads and Transport is calling for an investigation into the bus crash that resulted in six people losing their lives and fourteen injured on the Moloto Road (R573) in the City of Tshwane on Friday, 21 May 2020.

City of Tshwane Emergency Services said during the cooling down of the burning bus after extinguishing the blaze, firefighters discovered what looked like charred human remains. Upon further investigation, it was discovered that 6 of the commuters burned beyond recognition.

The driver of the PUTCO bus informed firefighters that he was busy driving the bus when he was informed that the bus is on fire and immediately stopped the bus. The driver indicated that the bus was carrying 63 commuters from Marabastad in Tshwane to Tweefontein in Mpumalanga.

MEC for Public Transport and Roads Infrastructure Jacob Mamabolo has called for relevant law enforcement agencies to conduct a thorough investigation into the crash.

“Only facts about the causes of this tragic accident will give families the closure they need during this difficult time. We call on law enforcement agencies to fully investigate the cause of this accident” said Mamabolo.

R573 is a 139km stretch of road and is one of South Africa’s busiest and important economic routes, connecting the provinces of Gauteng, Mpumalanga and Limpopo. 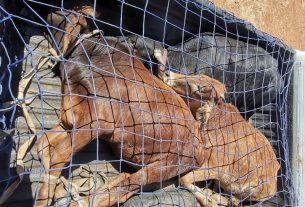 Cattle thieves to appear in court 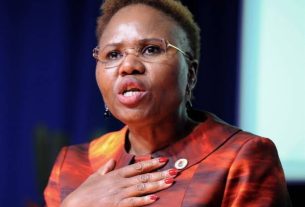