As the market of illicit cigarettes blossom in the country, the Hawks’ Serious Commercial Crime Investigation assisted by Limpopo Flying Squad members successfully stopped illicit cigarettes in transit at Matlala, outside Polokwane on Friday.

The Hawks received a tipoff about a vehicle that was transporting illicit cigarettes in the area and followed it up.

“The vehicle matching a description of the one sought was spotted in the area and an attempt to stop it was made but it sped off. The chase ensued until the vehicle was cornered and the driver attempted to run on foot but he was caught before he could disappear,” said provincial Hawks spokesperson Captain Matimba Maluleke.

The suspect’s vehicle was searched and the team found 32 boxes filled with illicit cigarettes to the street value of over R435 000.00.

He is expected to appear in the Matlala Magistrate’s Court on Monday. 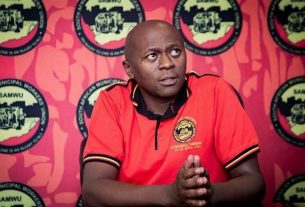 Suspects to appear in court for possession of stolen copper cables